Poisoning the well with placebo, a poor attempt by Young Republicans to create doubt.

In September 2020, an anonymous email claiming a connection between a state senate staffer and a known neo-Nazi was received at antifaneb@riseup.net. It was two screenshots of someone liking now-deleted Facebook posts. It wasn’t a high priority. 10 days later the anonymous email desperately relayed info that two previous state Speakers of the House ignored them. That seemed odd, but still not a high priority.

Fast forward 8 months and the senate staffer accused of being friendly with a neo-Nazi is verifiably friendly with transphobic and homophobic anti-abortion lobbyists, and racists counter-protesting a memorial for Kenneth Jones, a Black man shot in the back and killed by Omaha police.

Posting the screenshots provided was a roll of the dice and the odds looked favorable.

Less than three hours after posting this info which was sat on for 8 months, the Twitter account @KearneyGOP claimed they had run extensive forensics analysis on the screenshots and had deemed them fakes. They rolled the dice and the odds looked favorable to them. However, any photos uploaded to Twitter in the last decade or longer have the exif and metadata removed by default. The KearneyGOP account states they are the University of Nebraska-Kearney College and Young Republicans Club. The UNK CR club has not had official student organization status since at least 2020, or perhaps longer, according to UNK active student organization listings.

The ‘digital forensics’ proving KearneyGOP had caught some fake news were very condensed pixel analysis and a screenshot of an exif data string with the word “photoshop” highlighted. Again, Twitter removes exif data by default and there is no user setting to retain it. Twitter and the anonymous email are the only two known locations of these screenshots. A Direct Message was sent to KearneyGOP mocking them for not knowing this small quirk of the Twitter functionality and it replied with a screenshot of the anonymous email while intimating they were able to recreate an entire image just using metadata. Again, wholly impossible to do. Furthermore, the screenshot they sent listed the file names as they were received from the sender. What they didn’t know is that the photos posted to Twitter were screenshots of the email and not direct downloads, so again, the metadata they claimed to extract would not and could not be extracted because it was a new file. A day later, the anonymous email account sent a one line message: “Those images were photoshopped.” 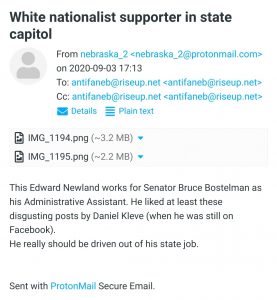 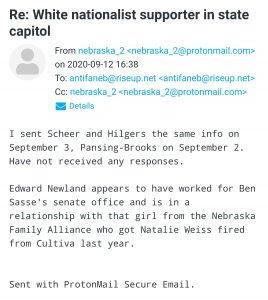 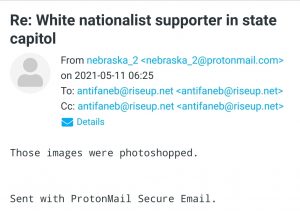 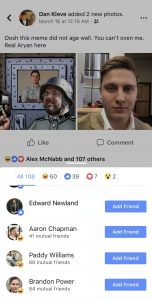 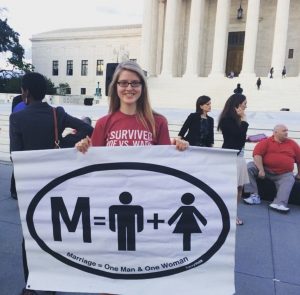 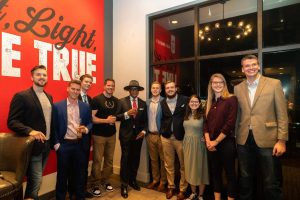 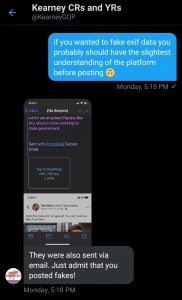